One of the friends I have made while blogging is Teri Ahlstrom, also known as Cathouse Teri. We became associated with each other through other blogs. Teri has also become one of my crossover friends, as she has become a favorite of many of my Facebook friends as well. 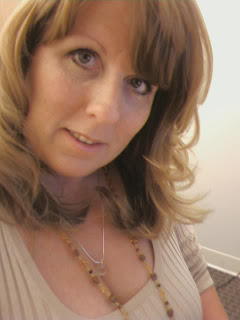 Teri writes a blog called "The Road Lester Traveled." The only way to effectively describe her writing style is naughty, but nice. Naughty, in  the fact that she covers topics I would be embarrassed to cover, but nice, in the fact that she's a friend when you need it. In December, 2008, when our friend Liquid decided to end her life, Teri wrote me a very nice email to comfort me.

But as I have stated earlier in this post, Teri has also became friends on Facebook as well as being friends with several of my high school friends. Teri is very active in contributing to the Question of the Day as well as being one of the administrators. While I was laid up 3 weeks ago, she stepped in and posted the QotD for a couple of days.

Teri has recently moved from Virginia to California, so her talents have returned to the west coast. But no matter where we get her wisdom and friendship, it's always welcome.
Posted by 74WIXYgrad at 7:01 PM 1 comment:

A little help from my friends.....

As many of you know, we have been through a rough time at my home. And I was pretty much confined to home for a couple of weeks as my bones have started to heal. 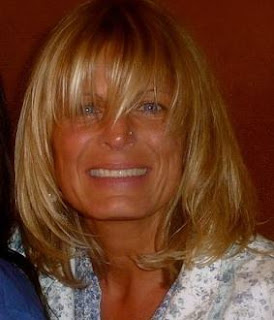 I do thank God for all of my friends, especially those I have never met. One friend I reconnected with during my recovery time is Leesa Garcia. For those unaware, Leesa is a blogger from France, originally from the San Diego area. Leesa has done much traveling around Europe and doesn't hesitate to share her adventures with us. She is also a cupcake devotee. And most importantly, Leesa is a teacher.

Not being specific, Leesa has been going through some rough patches in her life of late. Sometimes it helps just to let people know that you care and that you are lifting them up to God as you present your other requests to Him.

If you get the chance, check out Leesa's blog, News From France.  Also leave her a message and let Leesa know that you are praying for her.
Posted by 74WIXYgrad at 12:49 PM No comments:

Yesterday I went to the doctor's office with my wife, waiting while she saw the doctor for some back problems. I went in case she got a pain shot and she needed a driver.  No shots, just needed 2 prescriptions filled, so it's off to Giant Eagle.

Giant Eagle is probably the most handicap accessible retail establishments in Wadsworth. We get prescriptions filled because of their reduced prices on generics and some diabetic meds being free.  Anyways we got there and Kathy had to go back to the pharmacy while I grabbed motorized cart and picked up a few items for supper. I got what we needed from the grocery dept and then went to the pharmacy. The scripts from the doctor hadn't been received as yet, so as Kathy was waiting for those, I went to the check out. As usual, I used the self check out. The cashier overlooking the self checkout area, bagged my groceries, put them in my cart and offered to help me to my car. I figured that since it was only 2 bags, not heavy, and I was in a close parking space, I would decline the offer. The one thing I do regret was getting this young man's name as I called the store later and told the manager how much I appreciated the offer for help.

In contrast, I was at the Walmart the night before on my way home from work. My purchase involved 2 8 packs of Coke Zero, a gallon of milk, and 2 other bags of groceries. I went to a full service checkout where there were 3 cashiers standing around talking. I paid for my purchase and there was no offer to help me get to my car. I was allowed to take the cart to my car  to get my groceries there. When I returned my cart, the people greeter told me to park it in a space that I would have had a problem walking away from if I hadn't had crutches.

So to the anonymous commenter  2 posts down, I will be fair when it's called for. But if I had been injured getting out of the cart, whose fault would have it been?
Posted by 74WIXYgrad at 12:19 PM 9 comments:

Yesterday I got yelled at at work. I was told to stay at my booth while I need to use crutches.

This not being able to walk under my own power is somewhat new to me. Yes, I have had my knee replaced, but the surgeon told me that I could bear weight on that leg 2 days after surgery. I won't be able to bear weight on my broken ankle for about 6 weeks so I have to use crutches for that length of time.

At my job, the break room is one floor down from the call center where I work. Under normal circumstances, I go down one flight of stairs and I'm there. Now I have to go across the building to catch the elevator to get to the break room. I was on my way to the break room to eat a salad my wife had packed for me when I was informed that the elevator was out of order. I was told to go back to my call center and one of the good folks from HR got my salad and a fork for me. that was also when my supervisor "yelled" at me and told me to stay at my booth.

Don't get me wrong, I do love the attention I've been getting. But it has been culture shock for me. I've been amazed by those who have made sure things are as easy as possible for me. I don't expect things to be handed to me as I'm well aware of the fact that others have their issues that they deal with. I also want to be able to do for myself as soon as possible. But it is definitely a breath of fresh air to have people hold doors open for me, offer to get me ice, and get my lunch. I have a hard time accepting the fact that I'm deserving of such good treatment.

Just remember to treat others as you wish to be treated because you never know when you will need the assistance.
Posted by 74WIXYgrad at 6:16 PM 2 comments:

View from a motorized cart

I guess I have had an epiphany of sorts today. I was out for the first time yesterday since my ankle surgery. I went to the specialist for followup. The soft cast was removed and replaced with an ace wrap. I've also been cleared to returned to work next Monday. So, since my first day back will be a 12 hour day, I figure I need to use the rest of the week to ease back into action.

Yesterday evening I went to the Rite Aid to get a prescription filled. As I shared on Facebook last night, I thought of the old musing "Only in America does a sick person have to go to the back of the drug store to pick up their prescriptions, when a healthy person can buy their cigarettes in the front of the store."  I was informed that this is primarily a security issue. I made the decision that for the next little bit, I will mainly go to the stores that have the motorized carts.

Now I have had the legal right to park in a handicapped spot now for over 10 years due to the fact that I have an artificial knee and arthritis in my legs. I felt that for the time being that I now also have a moral right to park there as well. And with the holiday season coming up, those spaces will be at a premium. In some cases brainless people will decide to use them as a cart return, or snow plow drivers will pile snow in some of them.

But back to the motorized carts. I took my son to Walmart today as he had to get some items. I also needed a backpack as my hands and arms will be busier than usual for at least the next 6 weeks while I'm on crutches(no weight bearing allowed.) I got inside the store, where I was immediately given a cart and the people greeter took my crutches. And now it's times to begin my adventure. My first destination was sporting goods. The only backpack in my price range was a camouflage, mainly for hunters, but not for me. Only problem was at the end of the aisle. Some idiot parked his shopping cart there, blocking my way. I had to back up all the way in order to proceed. And then after being able to go to the next aisle, I saw the person responsible for that cart. No surprises, looked like someone who would personify the punchline of a Jeff Foxworthy joke. But at this point if he had looked like a Rhodes scholar, I would have thought of him as an idiot. I wonder now if I could have guilty of such a thoughtless act in the past?

I also wonder if I will view people in these carts with different eyes when I'm back walking without crutches? It seems to me that I will probably notice other people besides those who are morbidly obese. I have been guilty of thinking that these people would need these carts less if they walk more. I also think that people should be more aware of those not able to walk as they do and give them a little more right of way. And also if you need to visit with someone you meet in the store, go to the sandwich shop in front and BS over a cup of coffee. Cliff Note: That's been a pet peeve for awhile, whether I'm pushing a regular shopping cart or riding a motorized one.

And no, I didn't make this my usual EBBS bashing article because the employees went out of their way to help me when they saw I needed help.
Posted by 74WIXYgrad at 5:26 PM 2 comments: