Been more than three months since I've posted anything here. Like many others, most of my creative efforts have been posted on Facebook page. Since, at last look, I have 439 "friends", the posts are seen by quite a few people. And even more people see them when I post on the groups I belong to.

Of late, I've also gotten the audience of a local radio veteran, whom some, including myself, consider a legend, Jeff Kinzbach. All you folks removed from Northeast Ohio remember him as the head of the Buzzard Morning Zoo for many years in the 80's and 90's on WMMS. He is now the highly rated morning show host on 97.5 WONE, Akron's Home of Rock N' Roll. I have wrote in the past how our paths crossed as high school marching band announcers. Jeff came looking for me at a band show where, the school he announces for, Medina Highland, my alma mater, and the school I announce for, Rittman, were appearing together. That evening, we became friends. Jeff also sent me a get well message five weeks later, when he learned I broke my ankle. That day, I became a fan. 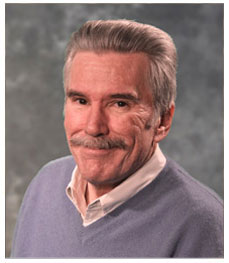 In the past year and 4 months, my limericks have gotten great reviews on Facebook. For a great while, I was specializing on writing them about NASCAR. Last fall, I started using the phrase "Random Acts of Poetry." These are daily limericks consisting of whatever is on my mind. Sometimes they come quick, other times, I have to take a look at the news.I also posted on my friends' timelines, and other fan pages as well. 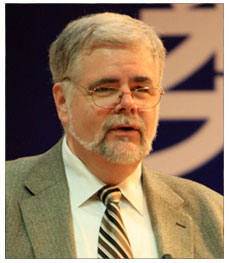 Back to Kinzbach. I call him a friend, but not the close personal type. He would know me to see me, and knows my voice, but would not invite me over for dessert. I'm fine with that. I was pleasantly surprised when he was named morning show host at WONE.  Because of the friendship we struck as band announcers, I started taking the liberty of posting some Random Acts on his timeline. He would always click the "like" button, showing his pleasure. Once when he read an off the wall news article, calling it "Dumbbell of the Day," I quick wrote a limerick and called it in during commercial break. Several days later, I got a message through Facebook, encouraging me to call in my poems every day. Most days, they are aired, some days not. Somedays, because of my work schedule, I have to find creative ways to call them in. One day, I wrote and called in my poem from a church parking lot, and it was aired live. News director, Ed Esposito has used one of the "Poetry Man", as they call me(also stating that the poetry line is ringing) rhymes during a newscast.

Outside of my friends and coworkers, do I have a following? I don't know. Am I having fun? You bet! With the support of Jeff Kinzbach and Ed Esposito, and the fact that program director Tim Daugherty, hasn't messaged or emailed me, telling me to knock it off, I'm enjoying bringing a smile to a few faces of folks getting ready for their work day.

Dunno if you saw this before
...yet, here it is once moe, curly:

Would U please help a plethora of King Size, wildchild, rawkuss poetry/wordz which are lookin 4 a home in thy novelty?? Thx. Whew. They're pretty insane. They're bereft of reason. Oi! Blimey! They're bloody PINK spiders!

How mucha wanna betcha our sugar-high-mojo, pleasure-beyond-measure, fuse-blowin-exploits R a copious madhouse of one lavish bookay D.O.A.? Our proFUSE NRGod who leads U.S. to explosive fairy-tales in the 'one-stop-shop' symphony Upstairs? Almighty God's the BigDude, the Owner of ElysianFields, the Grand Prize, the Austere Overdrive, NoPurchaseNecessary: our bombastic tenaCITY on a Hill which'll plant the Seeds 4u2 grow-up to new N greater heights!! Mama mia! Thatsa good pasta!!

CAUTION: our 22ish, avant-guard, accurately-atrocious, offa-the-reservation-like-Jimmy-Hoffa, metal breadcrumms R sooo out-of-order, toots, they're an intimate wealth of bottomless sophistication. And dats da lethal fak, Jak. Go ahead. Sue me. Yawn. But, yet, here's the perennial KOO D'TAH: who else has actually SEEN the Great Beyond in spirit & lived to tella youse bout the bionic, bloated, brevity-like-earth we're living on?? Yes, earthling, Im an NDE, almost salivating4salvation. So gain altitude, never attitude: death has no intrinsick favorites.

If Mr. abSUREditty's an ultra-great-reward, and not everyone enters, Q: why is it an excruciating deluge of epic-.357-caliber where the quality's a limitless bulldozer plowin, pushin-your-power-cord with eternal goodies? A: the Prize-A+-TheEnd just gives U.S. moe-curley-graphix 2 VitSee: an explosion-of-extravagance which few R asking 4 anymore! Grrr. They're too concerned withe grotesque sanity of ambivilant piss-ants which swiftly crawl like lemmings to their scorecard destruction. C'est la guerre.

THANK GAWWWD!!! the Don has the ebullient BAWLS!!! to do the Manifest Destiny!!! To lead U.S. forward to the White House Upstairs with his SQUARES!!!

So, break-free, earthling; be like a contraversial outgrowth of incredibly-intoxicating-effusiveness in your zeitgeist to give the ultimate, stunning, backknuckle potency: Wiseabove. Wanna join this useFULL idiot Upstairs 4 the most zany, kooky, X-acto-knife antidotes? Extremely exquisite, explicit endorphins in abundance? Puh-lenty of pulverizingly-tantalizing psychopathic psychosomatics with eXtras? i2i-kick-velocity's-ass-ultra-maximum-rocket-fuel-party-hardy at my pad ya ever encountered without d'New Joisey accent 4 an eternal slew of precarious, magnanimous & primeval absurdities indelibly etched in the granite corridors of eternity with a total-barrage-of-melt-in-thy-mouth 'depth-of-undenial'???