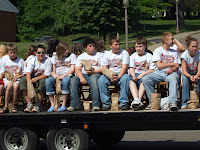 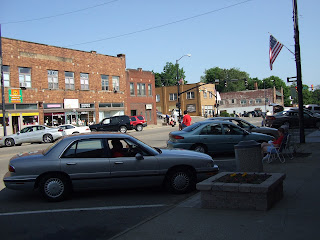 Yes, I figured it out, and was taking pictures this morning at the Rittman Memorial Day Parade. Shot from in front of National City Bank in beautiful Downtown Rittman.
My grandchildren, Ben and Makenna, have arrived to enjoy the parade 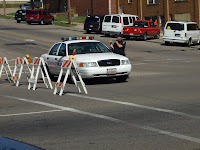 , Ben is chowing down on a 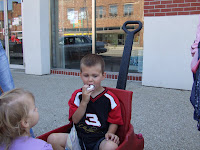 donut. As the parade draws closer, Rittman's finest are closing off roads along the parade route to insure safety to the participants and spectators. And the parade begins with the DARE car leading the way.
Heading the parade are the flag bearers from the American Legion. Followed by the Rittman Indians Marching Band. Pictured is, as of this past Friday, Rittman graduate Mary Hoover on the bass drum. Mary and other members of the class of 2007, gave 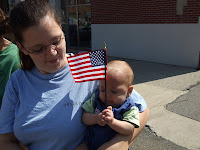 their encore performance today. My newest grandson, Silas, is enjoying his first parade, and his first flag, while being 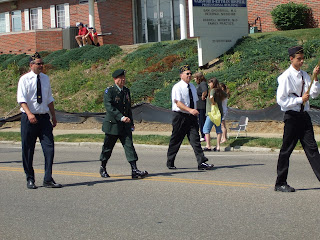 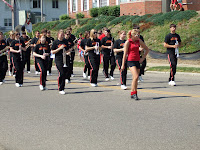 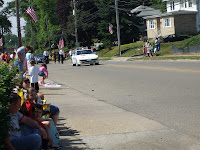 held by his aunt Sylva. Rittman mayor Bill Robertson acknowledges the crowd as he passe 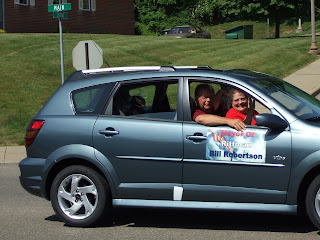 s by. Joining the par 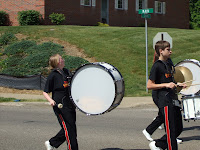 ade are Rittman Cub Scout pack 3405, and Boy Scout troop 405. Also pictured are the students of the D.A.R.E. program, throwing candy as they passed by. Also pictured are Rittman safety forces, and an antique car, a staple of all parades. And at the end of the parade, an unidentified father leads his children on their own mini 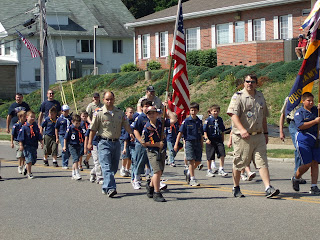 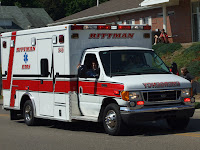 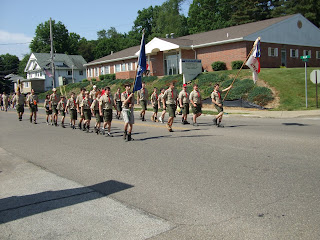 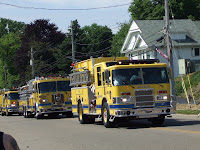 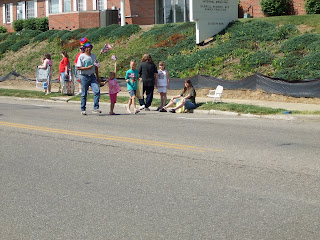 You must have taken the picture of the square before the parade started, otherwise I would've been in your picture!! I got there right as the band passed in front of you!! Just barely made it.
Can't wait to see you Friday!!
B.